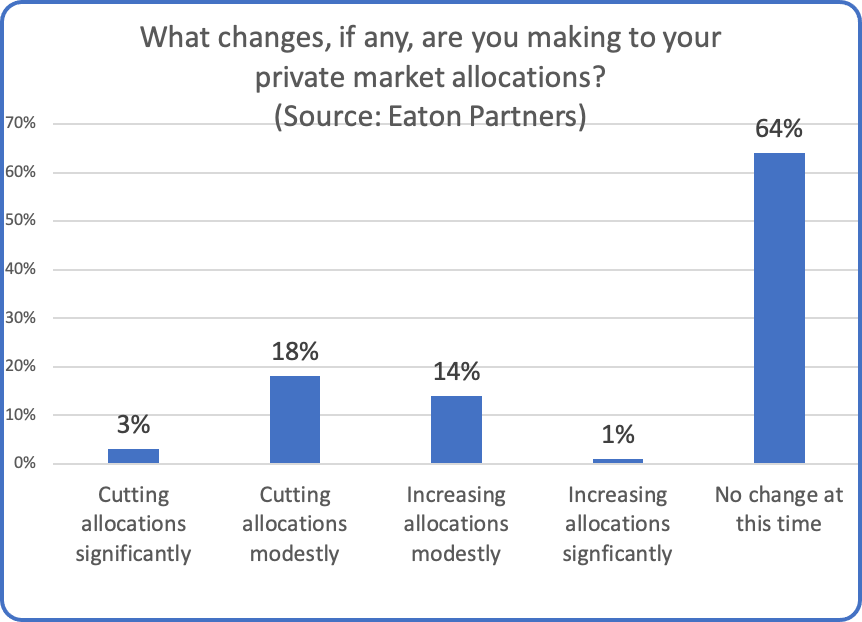 Perhaps remembering bitter lessons from past downturns, institutional investors seem determined not to pull back on their private equity programs.

Earlier economic downturns in 2001 and 2008-2009 saw many institutional investors cut their pace of commitments, only to miss out on some of the best-performing vintage years. But in fairness, fund supply also fell–a function of sponsors consummating fewer deals. Investors can’t commit to funds that simply aren’t in the market.

Deal-making has slowed this time around as well. Top priority for sponsors has shifted to girding their portfolio companies for rocky times. Many sellers, meantime, will wait out the crisis rather than sell in a fire sale.

In a webinar last Wednesday, John Ferguson, co-chair of both the private investment fund and real estate fund practices at law firm Goodwin Procter LLP, said that clients in mid-fund-raise continue to close on capital, particularly follow-on rounds. In the prior two weeks the firm helped “quite a number of” venture capital, private equity and real estate funds close on more than $1 billion. He did observe a shift in LP appetite–toward blind pools and away from funds that have one or more “seed assets” acquired in frothier times.

Ferguson also said he sees firms putting together separate accounts to pursue distressed debt investments–a sign of the times. Although he didn’t say he had seen a pick-up in co-mingled distressed-debt funds, Private Equity Career News has observed what may be the beginning of an uptick. In today’s fundraising roundup we report on Bain Capital’s collection of $485.1 million for a distressed and special situations fund, while KKR & Co. has both domestic and European special-situations funds in the market.

Job-seekers would be well served to follow the money.