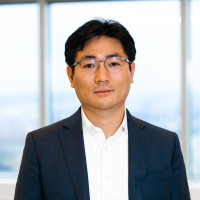 Philip Lo this month joined minority-stake and growth equity investor GPI Capital as managing director-investor relations and business development. In an interview with PECN this week Lo said he sees fundraising in the firm’s future, as well as an opportunity for hiring.

Lo most recently served as managing director of investor relations at fast-growing tech specialist Siris Capital, which last year closed a fourth fund at $3.45 billion. Lo was a founding member of the investment team, joining them at hedge fund manager SAC Capitalin 2007, four years before they spun out to form Siris Capital.

Siris Capital quickly became a fundraising force, adding some $6 billion in committed capital to its war chest as well as offering equity co-investments to consummate larger transactions. About five to six years ago, Lo switched from the investment team to investor relations in part to take charge of the co-investment syndication process.

Lo said the GPI Capital team recruited him to “institutionalize the platform” in advance of raising more money and to help the firm scale. “They needed someone” who could position the firm and who has a rolodex of potential investors, Lo said.

The firm closed its debut fund in 2017 and has a portfolio of seven companies. Lo said that “there will be fundraising in due course” but declined to be more specific as to timing. As for hiring plans, Lo also held back specifics but would say, “There’s always opportunity because right now we are growing.”

All three members of GPI Capital’s senior team outside of Lo had previously worked at Brazilian financial services firm BTG Pactual, and before that, at Ontario Teachers’ Pension Plan. Managing Partner and Chief Investment Officer William Royan joined GPI Capital in 2014. Previously Royan had been CIO at BTG Pactual. Before that he was head of the non-control investing group at Ontario Teachers’.

Partners Khai Ha and Alex Migon joined in 2015 after serving as managing directors at BTG Pactual. Before that they worked on non-control investments with Royan at Ontario Teachers’.

Editor’s Note: The original version of this story has been updated with fresh information.